Girls, gays, people who want to feel special, and of course kyoani fanboys seem to be claiming that anyone who dislikes Free! is a homophobe. There’s always a show like this every few seasons where for one reason or another it’s got a big fanbase but also upsets a lot of people – and the fanbase claims EVERYONE who doesn’t like it hates it for some stupid made up aspect of it. And really, immediately attacking anyone who dislikes a show by claiming it’s because they are afraid of and/or hate gays is kind of hilariously pathetic and more offensive than if I just called this show a fucking fag fest for cock licking queer boys and whores who can’t get laid. So just fucking stop.

It’s always fucking annoying and extremely obnoxious. It’s just a way for the fanbase to tell themselves their show has no faults and anyone complaining is only doing so because of that one piece of bullshit they refuse to admit doesn’t apply to everyone or even the majority of non-fans. With Free! it’s always that you’re a homophobic otaku who is mad that KyoAni isn’t making more “moe shows for otaku to jerk off to”.

Hell, the show isn’t even all that faggoty at all, just like KuroBas it’s only viewed that way because of the fanbase painting it that way from their fujoshi-vision. It’s just not a good show. It’s yet another rehashed feeling, uninspired, boring, uninteresting, flat, and lifeless KyoAni release. Ever since K-ON ended it’s second season, KyoAni has not once released anything good or that felt fun to watch. This is no exception. Fujoshi will love it, people afraid of being called homophobes will pretend to love it, and other people will say it’s alright just like they did with Hyouka, Tamako Market, chuunishitbou and so on – which were all awful to mediocre at best (and hard to tell apart from one another). Of course, some people really will hate it for ‘being gay’ – but this is a minority, and this is also mostly something they believe because of the fanbase spreading the gayest pics around, drawing more actual homo pics, and talking about how ‘cute’ the boys are. No shit people think the show is too gay, you people make sure it sounds that way.

Anyway, KyoAni was a short lived wonder, and they’ve proven it – their time ran out ages ago. They used to do good – back when they still animated good material and put effort into it; FMP:Fumoffu and TSR, Clannad, Haruhi, K-ON, and a few others. I don’t know why, but once K-ON struck gold they just stopped trying. The designs in every show look exactly the same, the art style and animation looks and feels the exact same. The most important and worst aspects are the lifeless empty feeling atmosphere of everything they’ve made since, and the poorly written dull and overly-familiar character designs both in personality and looks of every cast member. 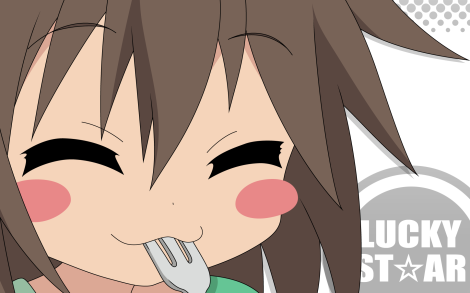 The only thing you could claim has been different at all is Nichijou – and sorry, but the source material for that made the show have zero chance of being good, it ended up just as fucking terrible as the manga that’s made up purely of stolen material anyway. I’d blame the source material in all cases of their recent releases, but the fact remains that it’s fully KyoAni’s fault when the atmosphere/world and characters feel and look and seem so goddamn lifeless and vapid. No matter how bad the original source was, these are aspects that are entirely done only in this format.

Free! is something I don’t like because it falls into that same category – a show that feels entirely like KyoAni just phoned it in. The story is dumb, the concept is equally stupid, and the characters feel completely lifeless and lackluster while they do their thing in an environment that feels closed off and blank. I don’t know what happened, I don’t know if they got rid of a screenwriter that did an amazing job or what after K-ON!!, but no matter how different the shows and material are they manage to make them feel equally shitty and like you’re just watching a shittier version of the last show from them time and time again. They manage to make everything so empty and vapid and suck out all the life and character from the material before animating it that it’s almost incredible at this point.

It’s fine if you like this, but don’t pretend it’s so perfect that the only reason anyone dislikes it is because of it being faggoty. I have not been able to sit through any of KyoAni’s recent phoned-in copy-pasted design sheet bullshit shows with no effort or life put into them, and this is no exception. Having them all be girls would be no different – for example, K-ON actually had good writing, fun well handled characters, and a really vibrant lively environment at all times. It was good because of those aspects, not because of the cast being female. 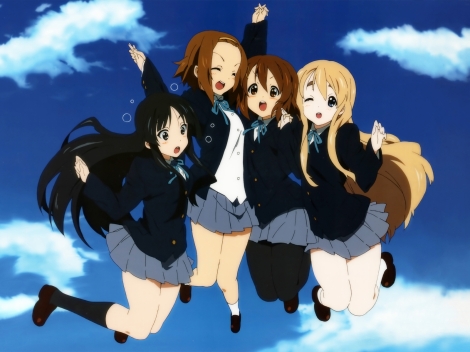 This is one time KyoAni could have really done something different with their studio (not different overall, but different FOR KyoAni), and instead of using that to their advantage and making something really unique (again, ‘for kyoani’) – they decided to make the same exact show again but with a male cast. We have just another Hyouka, Tamako, Chuuni, etc all over again with the same problems and same entire feeling. They could have went all out making a cool sports series with an awesome male cast while still pandering to fujoshi all they wanted, but they didn’t bother. They just said fuck it, if we change one obvious aspect of the characters and nothing else whatsoever people will still buy it.

This is genuinely what bothers me the most about the series – it could have been something unique for their studio, everyone thought it would be, and it’s just not. It’s the same shit yet again, the only difference is the gender of the cast.

I’m dealing with a lot of issues lately including recuperating from AX, so pardon the re-use of the same words a lot and the way this seems so hastily thrown together.