As usual I won’t keep up with all of these, and many of the ones I’m picking now are going to go directly into my PTW rather than be things I actively watch as they air. These are just the shows from the upcoming season I’m interested in watching at some point. I’ll be sure to point out the ones I’ll at least be trying (or for sure sticking to) though, but in many cases I won’t know that until I’ve seen a couple episodes, and many of these I won’t bother keeping up with (and will just marathon at a later date) if they aren’t on CR, just not worth the effort if it’s not something I’m seriously interested in. I also might be missing some, but this is based on what was on all the anime charts as of early September.

If anything I say sounds completely off the mark, well what do you expect? The shows haven’t aired, how would I know what they are like? If you happen to read a lot of manga or play a lot of VNs you could probably correct me, but I’ll find out soon enough what these shows are all like anyway.

The order is simply alphabetical – not based on hype or anything.

Akatsuki no Yona – I don’t know much about this, but the art looks really nice (the style and quality both) and the story from the summaries sounds pretty interesting. Definitely trying out. The princess is also pretty damn cute – especially what seems to be her with her hair cut short, which I’m guessing she does in order to hide her identity easier, though given she kept the earrings that doesn’t really work.

Only thing I’m not looking forward to is all the korean sounding names, but at least it is definitely a manga written by a Japanese person. You can bitch all you want, but I am a weeaboo, not a “fan of asia” but of Japan in general and the entertainment it specifically produces. I have no interest in manwha or whatever that shit is called and this almost tricked me into thinking it was one before I looked up more info and noticed the art doesn’t look like deviant art shit.

Cross Ange – Seems incredibly stupid but very much in the good way (the story sounds ‘fun’ dumb) and features a cute main character that gives off the same aura as Milla Maxwell from Tales of Xillia based on her looks and outfit. Gonna try it out. 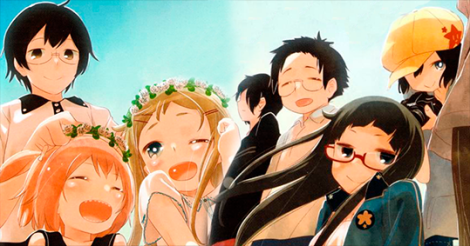 Denki-gai no Honya-san – Looks like a wannabe Working!! but set in a bookstore instead of a family restaurant. It won’t nearly be as good, I’m sure, but it might be fun. Definitely giving it a shot and hopefully it isn’t bogged down with otaku-focused jokes (that stuff is overdone, not original, and just repetitive – not to mention blatant pandering to it’s core sales demographic. Fine to have some, but not to rely on it too much.) and has a good cast that can carry a show like this well. Whatever it ends up as, it should at least be an alright slice of life as long as it avoids leaning too heavy on otaku jokes or fanservice (if it even has any at all).

Gugure! Kokkuri-san – It’s an adaptation of a 4koma about a (very silly looking) loli being summoned by a ghost and a bunch of other shit like a fox spirit and stuff. Seems like it could be a cute little show.

Ookami Shoujo to Kuro Ouji – Probably what I’m most looking forward to this season. It seems very reminiscent of Kaichou wa Maid-sama, which is arguably one of the best romcom shoujos out there. I’ve never read the manga so I can’t say how accurate that is, but I have high hopes and definitely will be watching this. Main girl looks real cute too.

Can’t wait to see more of her, that stupidly cute haircut, and her incredibly adorable expressions (or lack of said expressions).

Psycho Pass 2 – I have to admit I’m a bit worried about this one, especially after the way Aldnoah went – including in the episodes Urobuchi wrote. If that was any indication of his current skill level then this is going to be complete shit, so I’m keeping my expectations very very low. At least it’ll have more Hanakana in one of her cutest looking roles (nothing compared to Kaminagi though) either way. Unless it turns out like Aldnoah, I’ll be watching this for sure. 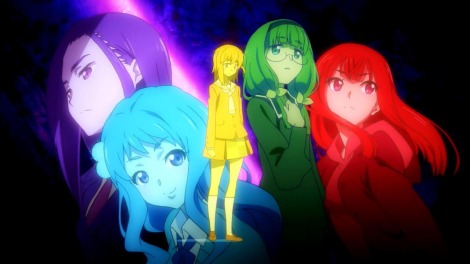 Selector Spread Wixoss – I said Ookami Shoujo was what I’m looking forward to most, but I was mistaken! I forgot this is about to come out, and I’m very excited for it. Season 1 was outstanding (albeit my review for it is still unfinished) and totally unexpected, I’m just glad I was able to marathon it. It’ll be much harder watching this with the weekly wait. If you skipped out on season 1 because it seemed like a card game show, it’s not, give it a shot. It’s a psychological thriller and suspense based series, the card game is just a plot device and doesn’t even exist in (our) real life nor gets fleshed out in the show (you never actually learn the rules or see any of the cards aside the main important ones). It’s essentially Madoka and Black Rock Shooter mixed together – minus the pretentious bullshit of both. 100% watching this every week.

Shigatsu wa Kimi no Uso –  I’ll definitely be trying this out and hoping it turns out enjoyable. The MC is some prodigy at the piano, but then his mom died and (because it’s anime) he literally stopped being able to hear his piano playing or something. Then some girl shows up who is great at violin but plays it completely in her own way rather than by-the-book and it helps change him or something. Going to watch it and hope for the best – which would be ending up keeping up weekly. Only thing bothering me so far is the way they did the girl’s lips…they look really weird in every pic of her in the promo stuff/trailers for the anime adaptation. I like lips in anime, but these ones were done strangely.

Shirobako – An anime about a group of girls starting an anime production studio and making anime. Looks cute, and I’m going to have hope it turns out having a good bit of informational stuff that teaches you about the industry and production side of anime. I know it’ll mostly be fun and silly, but there are plenty of examples of mixing the two. Going to probably watch weekly. Really like the tomboy girl who, if I recall, is the 3DCG artist of the team. Actually, the lead girl looks super cute too. 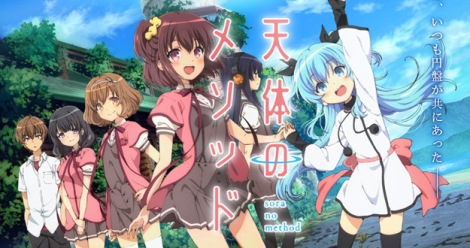 Sora no Method – Written by the guy who wrote Kanon and it looks interesting. I know nothing about it, but I’ll definitely give it a shot. But those skirts are pretty short and there’s quite a generic boy on the left in that image. Hope it isn’t shit.

Ushinawareta Mirai wo Motomete – To be honest, I’m a little annoyed by how incredibly similar some of the story elements sound to the wonderful Manabi Straight when I know it will be nothing like it (so no, I am not calling them similar), plus then you throw in the paranormal stuff and it’s a totally different situation as well.  It’s based on a VN, and most VN adaptations tend to be pretty bad thanks to the original source material being pretty bad, especially ones with fanservice and sexual content, so we’ll see. I don’t have any expectations one way or another about this and I’m likely going to add it directly to PTW rather than bother with it for now.

World Trigger – The story sounds so entirely like they wanted to try and make Attack on Titan without infringing on any copyrights. I hope it’s not just a lazy ripoff (don’t bitch if it came out first or something, I don’t know if it did and I’m not pretending that I do) but it seemed like it could be alright based on the summaries and such. It’s also got HanaKana. I’ll try it out but its walking a fine line of being directly to PTW after an episode or two or even being dropped. Seems more like a generic action shounen than AoT, that’s for sure. There’s a cute short hair girl, but I doubt she’s a main cast member, and the character summary I read makes it out like the manga treats her as an asshole when she’s cute for the reasons it bitches about.

Yuuki Yuuna wa Yuusha de Aru – Looks like a really fun slice of life with a mix of your normal school life girls with Gods and such mixed in, and the story focuses on an “Adventure Club” in that setting. Sounds like it’ll be fun and actually have some interesting stuff going on for the style of show it is.

Well, that’s it. I have a lot listed, I suppose, but much of that is PTW or on a trial basis – including trying it to see if I’ll PTW or drop it rather than if I’ll watch it now. In the end I’ll probably be down to ~4 shows that I’m keeping up with, and probably spend Fall focusing on some already-completed shows. I always watch at least one or two of those constantly (just replacing them each time I finish), maybe I’ll get through more than usual this time around, not that that’s a bad thing at all, especially after a season where I kept up with almost 7 shows.